4301087
Womb Raider is the 21st episode of the fourth season and the 87th overall episode of Charmed.

When Phoebe's baby shows signs of her demonic powers, The Seer plots to steal the baby and gain the power bestowed upon the heir of The Source.

Oral tradition tells of a giant whose body served as a portal to other dimensions. Because he was imprisoned centuries ago, nobody knows what this demon's name is or if he even exists. There's no known vanquish for him. The Source was so threatened by him, he condemned the giant to spend eternity in a cage.

An upper level
demon who has
been around for
thousands of
years. Because she
has the power to
see the future, she
is a top advisor to
the Source of all
Evil. In fact, she has served multiple Sources, choosing to
remain close to the ultimate power. She is a magical craftsman and
master at spells and tonics, but only kills when she has to.

To Steal an Unborn Child

Let the little children come to me,
for the kingdom belongs to such as these,
give me strength, and give me might,
to steal a child in still of night.
Darkest forces, let it be,
Hear my plea, bring life to me 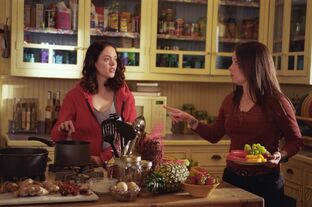 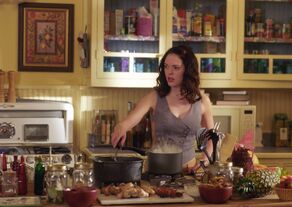 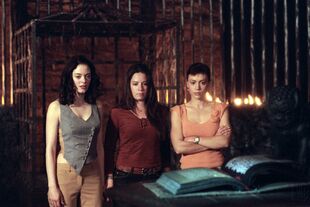 Piper: Let me get this straight, you guys summon me to a cage, where my powers don't work, so we could all die together?!!
Paige: Well, the plan has some flaws, admittedly.

Retrieved from "https://charmed.fandom.com/wiki/Womb_Raider?oldid=429247"
Community content is available under CC-BY-SA unless otherwise noted.