"I only have the ability to sense great powers, not possess them. That's how I found you, that's how I'll find Ramus. Now, help me do the right thing, Kevin. Bring your superhero back to life, before somebody else loses theirs."
—Arnon to Kevin

Witches in Tights is the 5th episode of the fifth season and the 93rd overall episode of Charmed.

A fiendish demon uses a young boy's magical drawings to transform into a super villain and, in order to stop the demon, the boy must transform The Charmed Ones into comic book super-heroines. 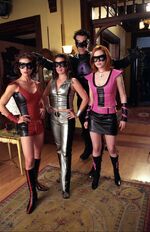 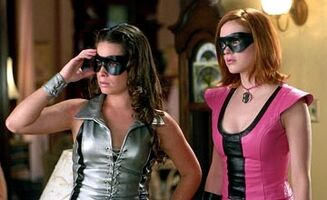 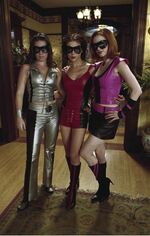 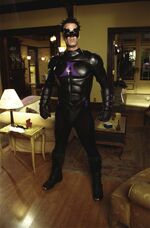 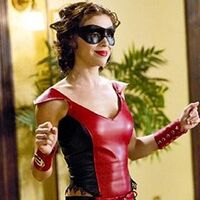 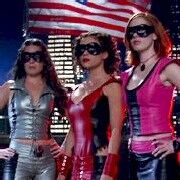 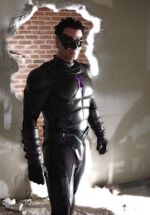 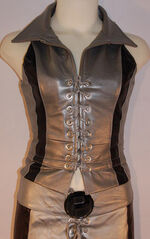 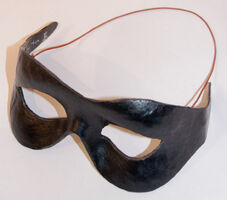 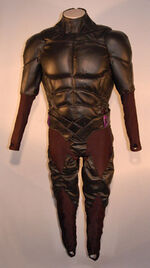 (Arnon's supervillain powers are stripped from him by Paige and he's rendered practicaly powerless)
Paige: Since you have Ramus' powers you should know what comes next.
Piper: It's gonna hurt isn't it. (Paige nods in agreement)
Arnon: (realizes what they mean) No!
(Piper blows him up, vanquishing him)