Leo fatally injured after a car accident with Lenny.

Vaya Con Leos is the 10th episode of the eighth season and the 166th overall episode of Charmed.

Piper turns to the Elders and the Avatars to save Leo from the Angel of Death, while Phoebe and Billie hunt for Billie's sister and meet Burke, a demonic bounty hunter who freezes his victims into trophies.

The entry in the Book of Shadows.

Phoebe arrives at the Manor.

To Hide Someone from the Angel of Death

After the Angel of Death told her that he was about to take Leo away, Piper created and cast this spell to hide her husband from him. The spell made every man in San Francisco look like Leo.

Hide him from sight,
so I might fight
ignore which leaves bereft,
my husband from the Angel of Death.

The Manor is filled with "Leo's".

To Summon an Angel of Destiny

Power of Three,
we summon thee
and call to us
the Angel of Destiny

Phoebe expresses some doubt about summoning the Angel of Destiny.

The sisters casting the spell.

The Angel of Destiny arrives.

Lenny starts telling things he lied about in his life.

Reinhardt is shot by Burke.

A tranquilizer dart is shot at Phoebe. 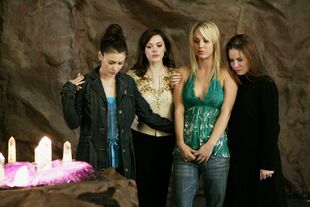 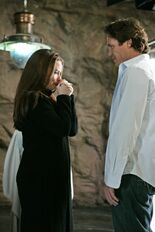 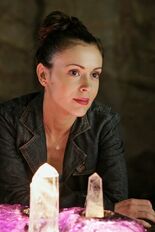 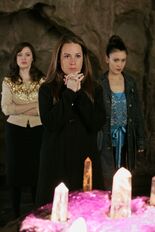 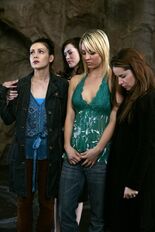 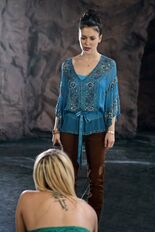 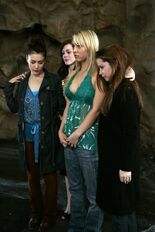 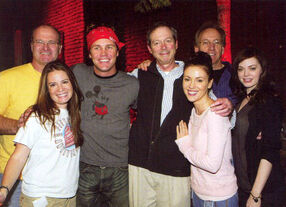 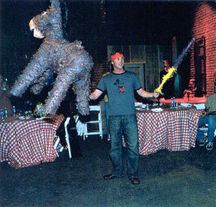 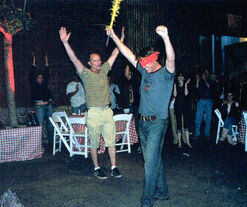 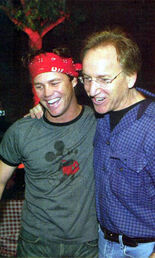 Retrieved from "https://charmed.fandom.com/wiki/Vaya_Con_Leos?oldid=425801"
Community content is available under CC-BY-SA unless otherwise noted.