Bruce Seth Green
The Unaired Pilot is the 30 minute long pilot used to present Charmed to the networks. After being picked up by The WB and the recasting of Phoebe and Andy's parts, additional scenes were written and (re)shot.

Reunited in the grand Victorian house of their childhood, a trio of sisters, Prue, Piper, and Phoebe Halliwell discover they are gifted witches. Little do they know that their newfound powers mean that they are now prey to evil forces. 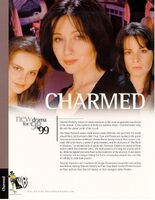 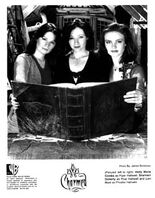 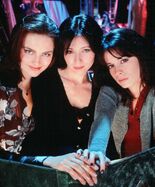 Differences from Something Wicca This Way Comes

Prue: Piper, the girl has no vision, no sense of the future.
Piper: I really think Phoebe's coming around.
Prue: Well, as long as she doesn't come around here I guess that's good news.

Phoebe: According to the Book of Shadows, one of our ancestors was a witch, named Melinda Warren.
Piper: And we have a cousin who's a drunk, an aunt who's manic, and a father who's invisible.

Piper: Besides Grams wasn't a witch, and neither was mom. So take that Nancy Drew.
Phoebe: We are the protectors of the innocent, we're known as the Charmed Ones!
Piper: Mh-hmmm.
Phoebe: And I beg to differ about Grams.

(Prue used her power to flick Jeremy to a wall and on the ground)
Jeremy: Cool parlor trick bitch. You were always the tough one, weren't you Prue. You didn't even cry at mommy's funeral.
Prue: And I won't be crying at yours!
(Prue uses her power again to flick Jeremy backward to a wall)

Retrieved from "https://charmed.fandom.com/wiki/Unaired_Pilot?oldid=437396"
Community content is available under CC-BY-SA unless otherwise noted.