No Country for Old Ones

The Reason
The Old Ones were a powerful race of primordial demons, older than words. They are described as the root of all fear and evil, but went extinct for some reason and no one had seen them for eons.

A demonic sorcerer named Aldar Kose sought to bring back the Old Ones in a ritual known as the Advent. He was able to manifest their essences in the form of seeds, which could hatch in the bodies of powerful witches. He first resurrected an Old One named Gaxageal in the body of a male witch.[2]

Gaxageal tried to devour the Power of Three so that his kind could rise again. He attacked the sisters over a period of several months before he was vanquished when they casted a Power of Three spell and Paige orbed out his heart.[3]

When a Will o' the Wisp possessed P.J. Halliwell, it warned Phoebe that the Old Ones were coming.[4]

After having disappeared for decades, Aldar Kose appeared before his former pupil Montgomery Knox and revealed his plans. He wanted to use the students at Knox Academy as vessels for the Old Ones. Wanting to protect his students, Knox worked with the Charmed Ones to stop his former mentor. When Aldar launched the seeds at the students, Knox jumped in the way and was hit instead, killing him. Later that night, Dominus, an Old One resurrected within Knox.[2]

When Prue Halliwell, Kyra and Benjamin Turner perform a ritual to find out why vanquished demons are returning, Prue learns that the Demonic Wasteland is actually the body of a deceased Old One named Heremus. Later, they find out that the vanquished evils are returning through Tyler Michaels, who had been infected with Heremus's blood. Prue astral projected into his body to battle the demon Heremus, only to become one with it and made her plant the Old Ones seeds on an entire student body of Knox Academy. She later turned against her sisters and the rest of the magical community.[5][6][7][8][9][10]

With the hosts gathered in Salem, Prue and Dominus perform a ritual to bring back the Old Ones. Tyler's power unwittingly activates when Dominus's essence enters his body, and opened several portals. Piper, Phoebe, Paige, Amelia, Darryl, Henry, and Andy manage to free the three sacrifices: Benjamin, Kyra, and Coop with their collective efforts. After Paige orbed Piper and Prue back to the manor, the rest stay behind to keep the Old Ones at bay. Kareem manages to destroy the seeds planted on the student body and sever the demons' connections to the world while Tyler closed the portals. Piper destroyed the last remaining Old One when she stabbed Prue with the Ancient Athame.[11][12]

"The darkness that lives beyond history can only be penetrated at its core." 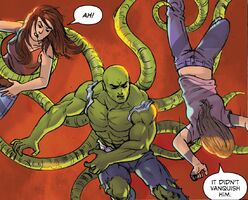 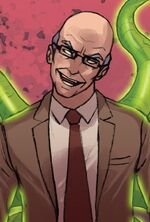 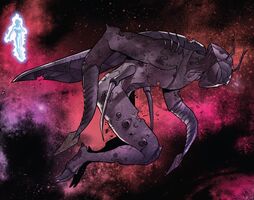 The Old Ones have appeared in a total of 8 comic issues over the course of the series.

Retrieved from "https://charmed.fandom.com/wiki/The_Old_Ones?oldid=421198"
Community content is available under CC-BY-SA unless otherwise noted.