Sympathy for the Demon

"Ooh, very cool powers. I can hardly wait until I have full control over them. Paige, thank you very much for setting me free. Your sisters will be so proud of you."
—Barbas to Paige and Cole

Sympathy for the Demon is the 7th episode of the fifth season and the 95th overall episode of Charmed.

The Demon of fear returns to seek vengeance on The Charmed Ones and the sisters become trapped in the manor battling their own fears.

Paige had an inferiority complex towards Prue (Barbas started it again by playing on her fear that she wasn't as good as Prue). Paige then tried to cast this spell, to show Piper and Phoebe that she was as good as Prue. It took her some time of practice, but she managed to cast it, despite it being a difficult spell. The entry on this spell was never seen.

To Find a Lost Love

On Piper's birthday in 1978, an unknown Demon attacked Grams, Victor and Piper. Penny, however, easily managed to vanquish him, using this vanquishing spell. Although an easy vanquish, the attack caused Victor to leave.

The sisters cast this spell, which was previously used to vanquish the Source of All Evil, in an attempt to vanquish Barbas, but it failed.

Halliwell Witches,
stand strong beside us
Vanquish this evil
from time and space

After Piper and Phoebe decided not to help Cole, Paige came up with a solution (Barbas suggested it): she created a Power Stripping Potion. He first didn't want to drink it, because he would be powerless against the thing that was after him, but Paige could convince him that whatever was driving him crazy, he then wouldn't be a threat to anyone anymore. After Cole drank it, Barbas managed to absorb Cole's powers. He used them to get back from Purgatory, and thanked Paige for setting him free.

The Charmed Ones created another one for Barbas, but he knocked it to the ground using Advanced Telekinesis. Paige orbed it into his mouth, allowing Cole to regain his powers. 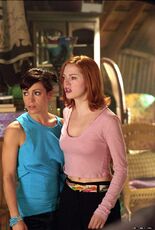 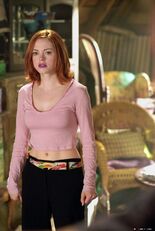 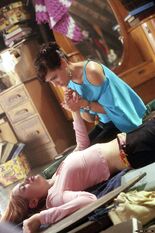 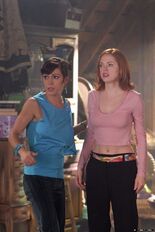 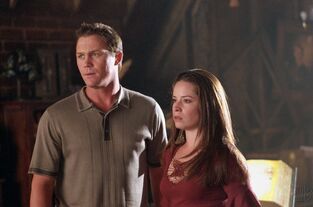 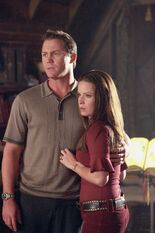 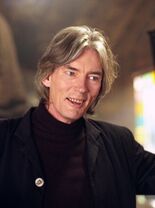 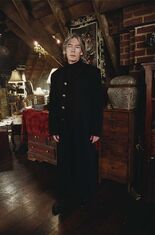 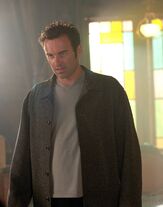 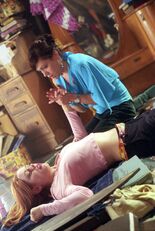 Retrieved from "https://charmed.fandom.com/wiki/Sympathy_for_the_Demon?oldid=441062"
Community content is available under CC-BY-SA unless otherwise noted.