Presumed dead, the Charmed sisters start a demon-free existence with new identities, but Paige can't escape her Whitelighter instincts and answers the call of a young witch named Billie.

I call upon the Ancient Powers,
to mask us now and in future hours.
Hide us well and thoroughly,
but not from those we call family.

Leo, Piper, Paige and Phoebe see the looks they project to the rest of the world.

The sisters and Leo write things down on their new identities.

Phoebe adds the notes to the potion.

The potion is ready. 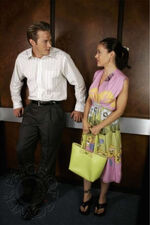 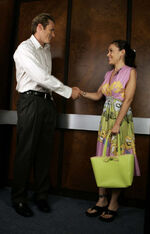 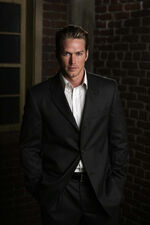 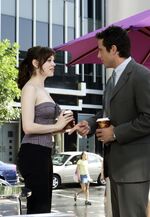 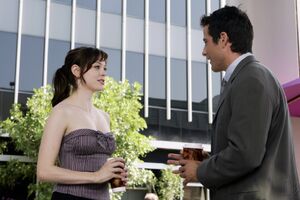 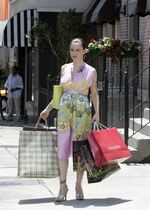 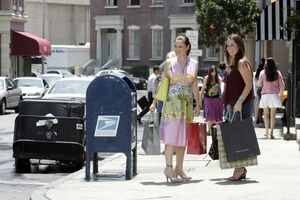 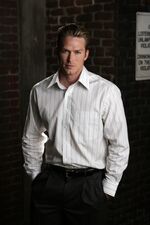 Piper (to Victor): And look a little more berieved, Agent Keyes is watching.

Phoebe: Okay, (reading pieces of paper) Julie—nice, Jo, Jenny... Louisss?
Leo: Louis. You know, like Louis Armstrong, the Great Satchmo?—trumpeter?
Piper: Yeah, I think dad used to listen to him.
Paige (with a smirk on her face)
Phoebe: Okay, if you can deal with it, so can the government. (throws papers into chauldron) Voilà! New identities.