Something Old, Something Prue

The Reason
Something Old, Something Prue is the 19th issue of the Charmed Comics: Season 10 published by Zenescope Entertainment.

As friends and frienemies from the past reach out to assist the Charmed Ones, Prue seeks help from Tyler to save the world. As the situation with the Old Ones continues to worsen, the strength of the sisters' bond will face its greatest test yet.

Heart, mind, body, blood
Born from stars, from earth, from mud
Reveal yourself, shed light on dark
Rise from red, reveal your heart 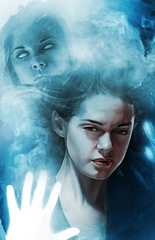 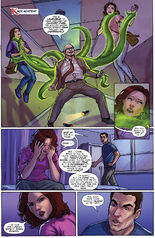 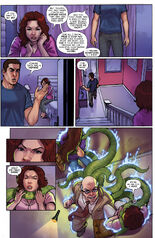 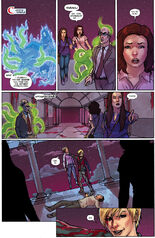 Retrieved from "https://charmed.fandom.com/wiki/Something_Old,_Something_Prue?oldid=429085"
Community content is available under CC-BY-SA unless otherwise noted.