4301070
Size Matters is the 5th episode of the fourth season and the 71st overall episode of Charmed.

A hideous demon shrinks Phoebe to a powerless five inches and uses her as bait to trap the other two sisters.

Gammill a.k.a. "The Collector"
is known for his passion
of collecting one-of-a-kind
figurines. Thirty years
ago a witch cast a spell to
make him as hideous on the
outside as he was on the
inside.

Small of mind,
Big of woe.
The pain you caused
you now will know. 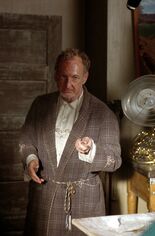 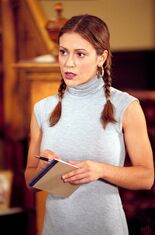 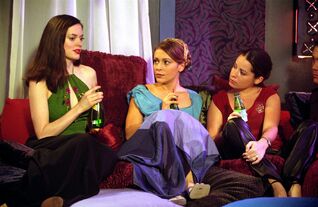 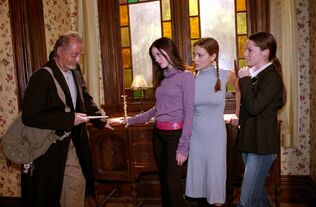 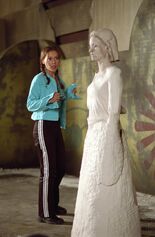 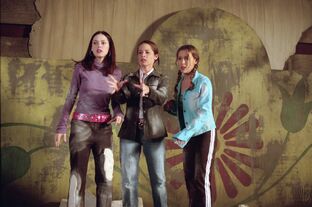 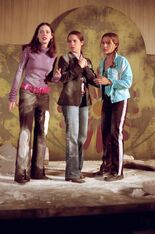 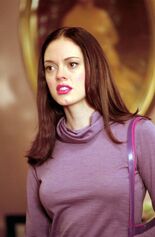 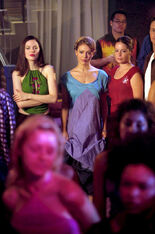 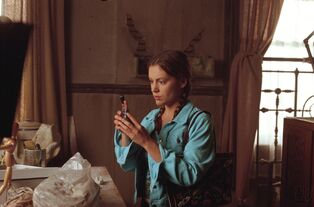 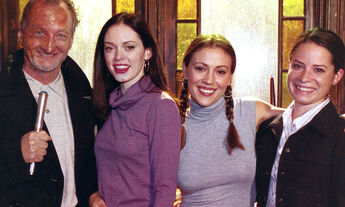 Piper: Do not go into that house. Did you hear me? I said do not go in. (Piper turns to Leo and sighs.) It is like talking to a wall.
Leo: She's got the Halliwell hearing.

Piper: When they have a hard time dealing with real people, figurines can be their best friends.
Leo: Yeah, but being socially awkward doesn't land you in The Book of Shadows.

Phoebe: He's about to put Claudia into the kiln. Piper freeze him.
(Piper tries, but nothing happens.)
Piper: Oh, he's way too big for my tiny magic.

Leo: Okay, well then there's just one more thing that we need to tie up.
Piper: Oh, okay.
(Leo leads them out behind the club.)
Phoebe: Uh, Leo what are you looking for?
Leo: Something very important.
Paige: Broken glass?
Leo: Broken glass that needs healing. (He finds the broken P3 sign.) Here it is. It's up to you.
Piper: Can you do it? (Leo nods.) Well, then do it.
(Leo heals the sign and it starts to glow.)
Piper: It looks like P3 is back.