San Francisco
Quake is a local restaurant in the North Beach area of San Francisco established in 1987. It was also Piper Halliwell's place of employment and the main hangout for the Charmed Ones during season one.

In the premiere episode, Piper is hired as a chef. The next week, the restaurant's owner, Chef Moore quits, leaving Piper as manager. Piper is very stressed by this, as she was not trained for the position. Piper was also left with the responsibility of catering a wedding but luckily Phoebe was available to help her.

Piper quits her job at Quake one year later to open her own business.

Quake was, along with the manor, one of the places the girls spent the most time. Quake was in nearly every episode of the first season and still remains one the most memoriable places of the series. Although Quake is a large establishment it never seemed to have enough employees. Quake is never seen again or really mentioned after Piper leaves, whereas when she worked there that's where every date happened. At Quake Piper was officially the manager, but she had to fill in for nearly every job. At various points, she served as chef, waitress, bus boy, Chef's assistant, bartender, hostess, and had to restock the supplies and pay the bills multiple times. 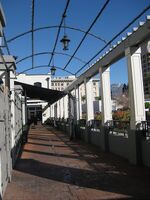 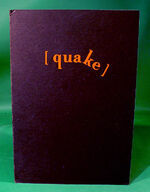