At the risk of being seduced by their vast new powers, the Charmed Ones are transformed into gorgeous Greek Goddesses possessing the ultimate power to defeat a band of angry Greek mythic gods, the Titans.

In the days of Ancient Greece the Titans were
God-like beings who ruthlessly ruled the earth.
Like other magical beings their powers were tied
to their emotions but on a much grander scale.
A burst of Titan rage could spark a massive
earthquake or a hurricane of epic proportions.

The mortals of the era were terrified
by these beings' abilities and worshiped them
as Gods in the hopes of appeasing them.
Ultimately the Titans could not be vanquished
and the only way they could be stopped was
by magically entombing them in ice, an act which
brought an end to their terrible reign.

To Free the Titans

An unidentified Demon spent decades trying to find a way to free two Titans, Meta and Demitrius from their tombs. When they were freed, the Demon asked for their help to take over the Underworld, but Demitrius killed him with a lightning bolt.

To Release the Essences of the Greek Goddesses

After the Elders (in The Heavens) died, Chris convinced Leo to do something the Elders would've never allowed. He enterd the vault in the Upper Regions and took the vase which contained the Essences of the Greek Goddesses out. He cast this spell to unleash them on the Charmed Ones, turning them into the Goddesses of Love, War and Earth.

Meta is attacked with potions. 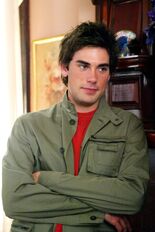 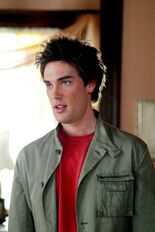 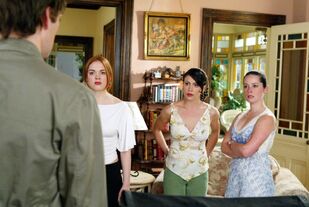 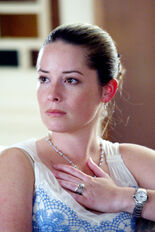 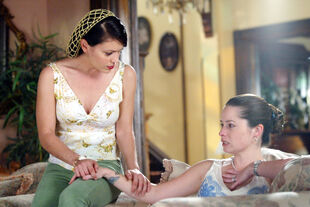 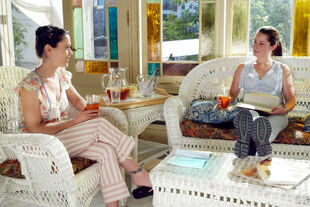 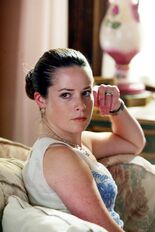 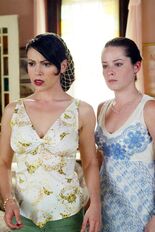 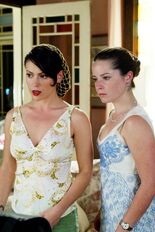 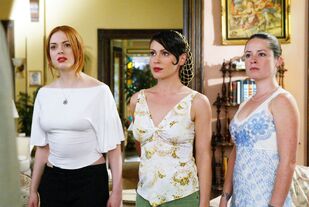 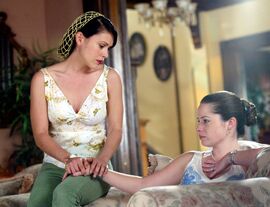 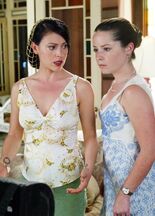 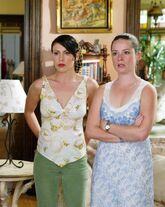 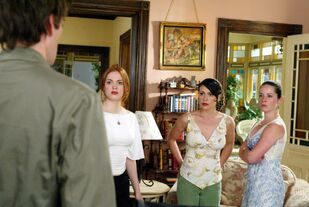 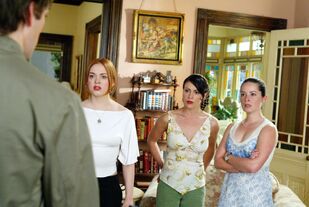 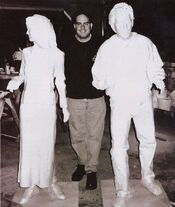 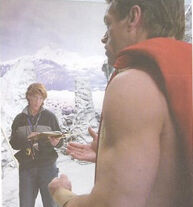 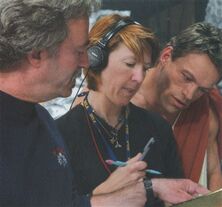 (Paige has been turned into a stone statue)
Piper: Oh, my God! Tell me that's just a really good likeness of Paige...

Phoebe: Wooah! Check out the size of that oracle's...Ball

Piper: I swear to God if he does not come back with Leo, I'm gonna blow his ass back to the future. Orbs and all!

Leo: I know. Look, I acknowledge that this is very difficult for you.
Piper: You know what? Screw that, damn it! I'm just scared.

Retrieved from "https://charmed.fandom.com/wiki/Oh_My_Goddess!_Part_1?oldid=436971"
Community content is available under CC-BY-SA unless otherwise noted.