Innocents Lost
No Rest for the Wicca is the 2nd issue of the Charmed comic series published by Zenescope Entertainment.

As the Charmed Ones go about settling into their new lives, forces from the Underworld prepare to unleash a power that will destroy the sisters once and for all. Meanwhile, Paige accepts a new position and learns the hard way that teaching isn't the easiest job...Phoebe and Piper attend the funeral of Brittany, the first innocent they ever saved, only to find that her death may herald the beginning of something terrifying that will endanger the lives of all the innocents and the Charmed Ones themselves.

I loved doing the dragon on this one, and overall was really happy with the results on these two pages. Then the bad news; I was told to take out the dragon, because dragons do not exist in the Charmed universe. This was a real kick in the pants, to say the least! I don't know if this came from CBS, or whether it came from the writer. The writer suggested in the script that I draw Pegasus, the winged stallion, perched on a roof top, which I thought was kind of lame. I mean come on, these are witches we're dealing with here. And I did it to add a sort of darker atmosphere, and to add an element of fantasy, which is something I love doing. I was also told not to draw skulls, I guess they're afraid of upsetting someone.
They compromised with the dragon, and decided to color it as if it was a stone statue, so at least I didn't have to remove it.
The colorist did do a great job on the whole two page spread, especially on the dragon, but in the end he had to change that as well.
Actually, to give Paul credit, he did say specifically right in the script not to draw a dragon, but I guess I'm one of those people that when you tell me not to do something I'll go right ahead and do it anyway. Maybe if he had explained why I shouldn't draw one I would have understood. I started out thinking I would draw a big lizard, but that didn't feel quite right, but then neither did drawing Pegasus. And suggesting Pegasus said to me that adding a certain fantasy element to the art was OK. They have managed to include dragons in the whole Harry Potter mythos quite effectively, and I would still contend that it doesn't make sense to start excluding things, whether they seem to cross a certain line when it comes to reality ot not.

As a kid, "Bewitched" was one of my favorite programs, even it was done as high comedy. Anything could happen when Samantha wiggled her nose. 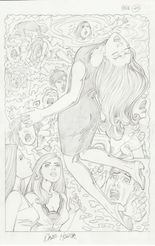 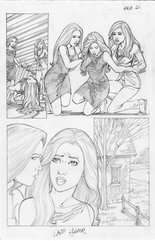 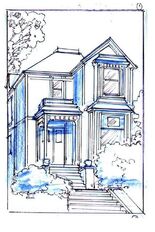 A sketch of the Manor 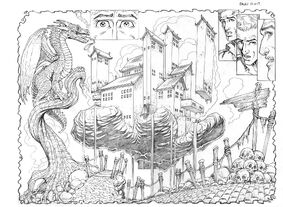 A sketch of The Magic School 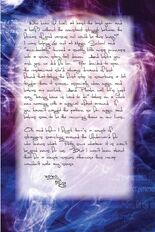 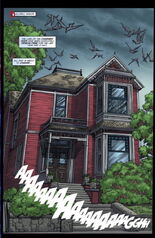 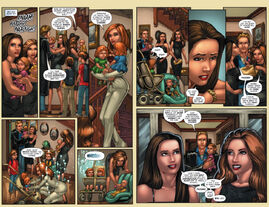 Piper, Phoebe get ready for the funeral 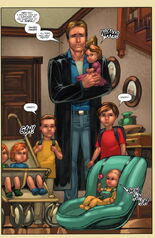 and leave the kids with Leo 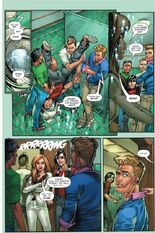 A student being teased 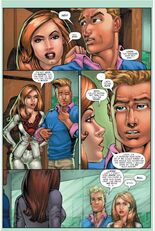 Paige calls one of the bullies to her 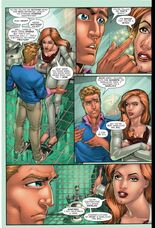 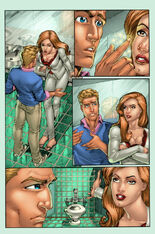 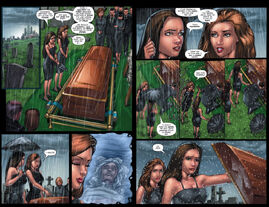 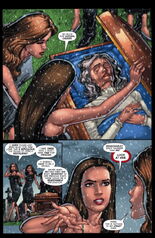 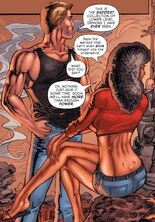 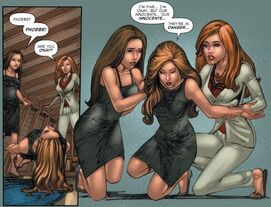 Phoebe has a premonition 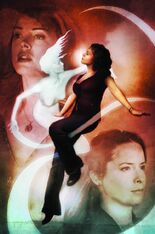 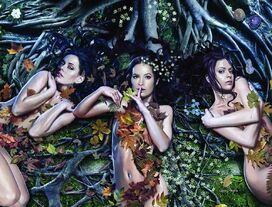 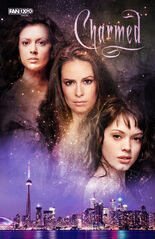 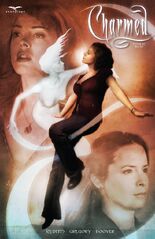 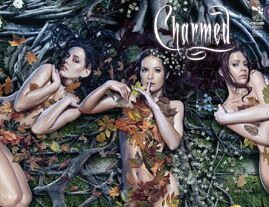 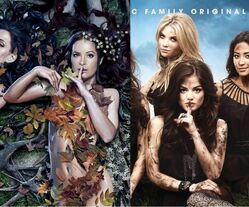 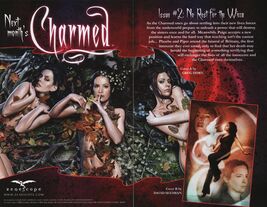 First ad found at the end of "Charmed Lives" 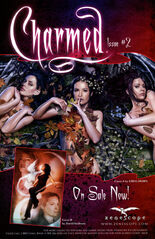 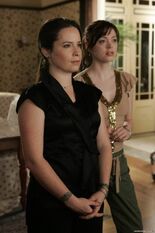 Piper on the cover is drawn from this photo still 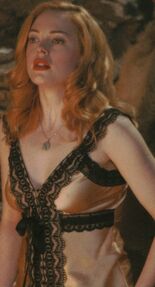 Paige on the cover could be from this episode

Retrieved from "https://charmed.fandom.com/wiki/No_Rest_for_the_Wicca?oldid=428809"
Community content is available under CC-BY-SA unless otherwise noted.