Charmed
Register
Don't have an account?
Sign In
Advertisement
in: Demons, Book of Shadows entries, Characters,
and 4 more

Chris Nelson
Masselin was a demonic Spirit eater[1] that assisted mortals in accomplishing their goals and taking their and others' souls as payment. The souls he devoured remained alive inside Masselin, tortured eternally for the pleasure he gets from their suffering.

Masselin made a Faustian Deal with Jeff Carlton promising to make him a successful music manager by attracting bands to him, such as Dishwalla. However, on the other hand Carlton had to bring "good souls" to Masselin so he could devour them. Darryl mentioned that all over the country, girls had gone missing from clubs where Carlton's bands have played. When Carlton wanted to stop harming women and break the pact, Masselin waved his hand and Carlton burst into flames. He dropped to his knees, screaming in anguish and just as soon as the flames appeared they disappeared, leaving Carlton unharmed. He then realized that he was bound to Masselin and feared that one day Masselin would "burn the flesh off his bones for eternity." The last club, prior to P3, where Masselin was located was at the Butterfly's Cocoon (a popular club in 1999) and there he swallowed Tina Hitchens, a beautiful fan of Dishwalla's and once she met Jeff Carlton she said that "[she] would do anything to meet the band." However, when Darryl confronted Carlton about the missing girls he showed him three pictures of three different females and Carlton denied knowing any of them, including Tina Hitchens. After Masselin was vanquished by the Charmed Ones, Carlton was arrested for kidnapping.

The Battle at P3

In 1999, when Leo was sent to get the Charmed Ones involved in vanquishing Masselin, Leo attacked Carlton with magic he picked up from another one of his charges. It was a powder that when inhaled would open the victim up for suggestion. Leo simply suggested that Carlton have his band Dishwalla perform at P3. On the night of the concert, Phoebe walked up to Jeff Carlton, flattering him and saying that she would "do anything for a few pointers" on becoming a music manager (all of it being just a rouse to find Masselin). When Carlton locked Phoebe inside the back room at P3, Masselin revealed himself but as he saw the vanquishing potion he quickly disappeared. Masselin was furious with Carlton that he would let witches in to vanquish him and after pleading that he had no idea that Phoebe was a witch, he set out to destroy the potion. Carlton had two roadies do a "weapons check" on Phoebe resulting in the balloon bursting all over Phoebe's skirt (which was tied around her pants). Carlton's second job was to bring Masselin a new victim, this time Jenny Gordon (who also said that she would do anything to meet the band). Jenny proved to be Masselin's last victim; Carlton led the Charmed Ones to Masselin, where Prue ripped off Phoebe's skirt from her pants and used her telekinesis to send them into Masselin's mouth, causing him to disintegrate and freeing his victims.

A hellspawn collector,
A keeper of souls,
Give him his due,
He'll accomplish your goals.

A collection of Myrrh Bark,
Mixed with Sarresh,
Along with crushed Bear Root,
In Water so Fresh.

Combine these together,
Bind them as one,
Contribute Crow Feathers,
Your task is soon done.

The Demon must drink this
To relinquish his victims,
To consume this foul broth
Is his benediction.

Unseen entry text (read by Phoebe)
Trapped within the demon, the unfortunates are kept alive,
their souls tortured for the pleasure he gets from their suffering.
The demon seeks willing trusting souls delivered
by the one who sealed the pact.
He will disappear in a giant gas bubble
freeing his victims leaving them safe and sound. 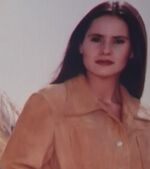 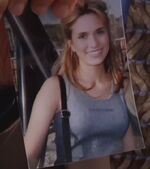 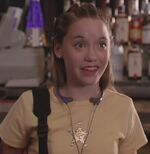 Masselin appeared in a total of 1 episode throughout the course of the series.