View source
watch 00:38
Charmed Profile: Jason and Kristopher Simmons
Do you like this video?
Play Sound

5-8
Jason & Kristopher Simmons are American identical twins who portrayed Wyatt Halliwell in seasons 5 to 8 of Charmed.

Jason Patrick Simmons and Kristopher Robert Simmons were born September 19, 2002 in Los Angeles, California to Maria and Robert Simmons. They are half Ecuadorian on their mother's side and understand Spanish. They have one older half-brother named Patrick and two little brothers, Rudolf and Kim, who also happen to be twins. They currently reside in Temecula, California (2016).

Since May 2003 (uncredited), they have played the character Wyatt Halliwell on the TV series Charmed. Kristopher and Jason started on Charmed when they were about seven months old. They were only supposed to be in the Season 5 episode "Necromancing the Stone" but they were asked back starting with Season 6 and remained on the series until its end in 2006. 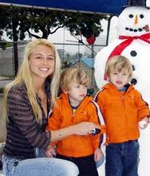 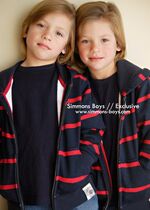 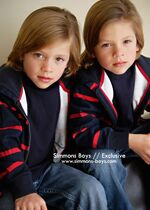 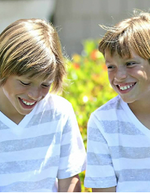 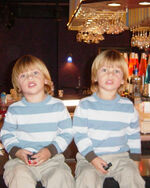