I Dream of Phoebe

4301126
I Dream of Phoebe is the 15th episode of the sixth season and the 126th overall episode of Charmed.

Magical misfortune abounds and wishes go awry when Phoebe is tricked into becoming a genie after she frees that genie from a bottle.

A sinister low-level demon who attacks by shooting light darts at his victims.
He can be vanquished with the following ingredients:

The bottle from the episode.

The bottle from "I Dream of Jeannie" 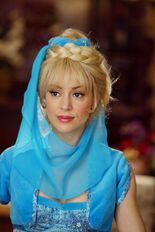 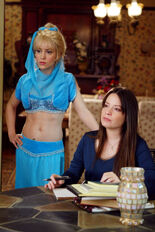 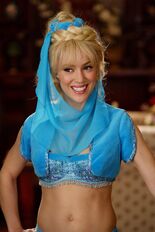 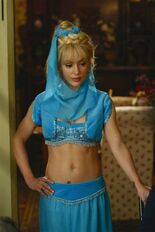 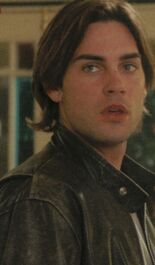 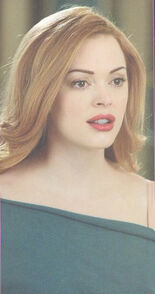 Paige: Oh my god, you landed one.
Phoebe: She's a Genie, not a trout.

Phoebe: Oh, and why do I always get stuck with the wig?

Paige: How come you didn't tell me Chris was my nephew?
Phoebe: Yeah, mayb​​e we could talk about that later because your boyfriend's about to whoo-whoo!

Retrieved from "https://charmed.fandom.com/wiki/I_Dream_of_Phoebe?oldid=425766"
Community content is available under CC-BY-SA unless otherwise noted.