4301069
Hell Hath No Fury is the 3rd episode of the fourth season and 69th overall episode of Charmed.

Paige steals the Book of Shadows for personal gain, while Piper's inability to deal with Prue's death makes her vulnerable to demon vigilantes.

Demons that
can incinerate human
flesh with their eyes.
You will recognize
the Kevmay by their
glowing eyes, and
considerable stature,
lower level demons,
they attack randomly
and work alone.

Like their mythic ancestors,
these demonic women act
as judge, jury and executioner
to anyone they consider an
"evil doer".
They disable victims with their
sharp talons and kill with
poisonous smoke.

Note: when inhaled by a good
witch, the smoke seeks out
a portal of unexpressed fury.
It then causes the fury to
build consuming the witch's
humanity and ultimately
turning her into a Fury.

To make a demon feel
the pain he inflicts.
Let cruelty, pain
And evil ways
Follow this villain
Through all his days
Reverse the torment he creates
To turn on him
A crueler fate

To Call a Lost Sister

An adapted version of the "To Call a Lost Witch" spell to find Piper.

When Paige discovered the Book of Shadows, she became fascinated with all of the spells inside. She began casting spell after spell, and with the issue of personal gain, some of them backfired; one being the Instant Karma Spell. To reverse this magic spell, Phoebe wrote it on paper and burnt it as she created this spell:

Guided spirits,
hear our plea,
Annul this magic,
Let it be. 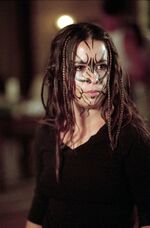 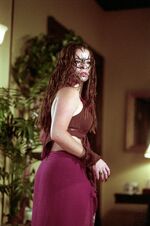 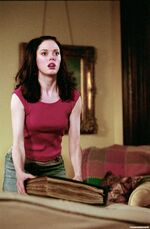 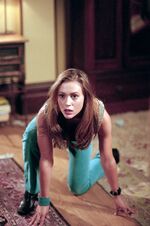 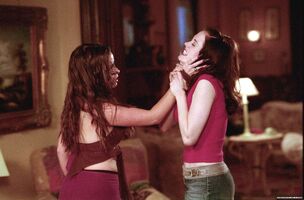 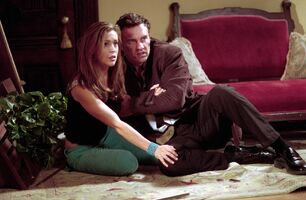 Phoebe: Well, because she's our sister.
Piper: Not for long!
(Piper and Phoebe run out of the attic)
(Cole grabs a chair and sits down)
(Phoebe runs back into the room, twiddles thumbs)
Phoebe: Are you coming?
Cole: To vanquish your sister? I think I'll sit this one out.

Paige: My boobs are in the way. Can you put it into third for me?

Phoebe: "Guided spirits, hear our plea, annul this magic, let it be."
Paige: Please let it be.
(Paige's breasts return to normal size. She looks down and groans)
Paige: Do you think it worked a little too well?