Restaraunt set up by Piper after P3.

"… allowing me time to get back to my roots and cook something other than potions for once and open the restaurant I'd always dreamed of owning."
—Piper's entry in the Book of Shadows[src]

Halliwell's is the restaurant of Piper Halliwell. After nine years of owning P3, Piper sold the nightclub to fulfill her lifelong dream of owning her own restaurant. Finding the right place, however, proved to be difficult.

In 2008, after the Source of All Evil had been resurrected, Piper was scouting for locations for her new restaurant. Piper's realtor had forced her to go looking that day. Piper was shown multiple locations, though none of them suited her taste, which annoyed her busy realtor. She told her realtor she didn't want something dark like her club. She eventually came across a dilapidated old building. Piper instantly knew it was the right place, despite some hesitation from her realtor. Later, after the Charmed Ones had vanquished the Source, Piper brought them all to the building to show them her restaurant. When Grams came, she said it would need lots of renovations, but Piper explained that, as well as Leo, they had the number of great renovators who would have to fix the house anyway. By this time, Piper had still not picked a name for it. 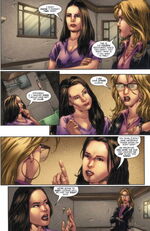 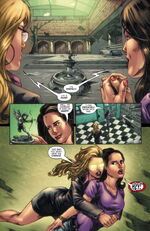 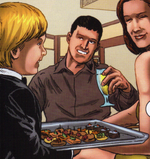 Retrieved from "https://charmed.fandom.com/wiki/Halliwell%27s?oldid=425864"
Community content is available under CC-BY-SA unless otherwise noted.