Whatever Happened to the Demon with a Soul?
Half-Demons are the hybrid offspring of demons and their mortal mates. These hybrids are purposely bred by demons so that their offspring could walk amongst humans blending in. Unlike pure-blooded demons, half-demons possess a soul due to their human side and are therefore capable of experiencing positive and geniune emotions, such as love. Because of this, half-demons are capable of choosing to be good, even if the pull of evil is great. Much like their mortal brethren, they are a neutral race capable of turning to the side of good or evil.

Cole Turner is the first and most notable half-demon throughout the series. He was known as a powerful and formidable demon named Belthazor, who hunted witches and innocents, before he met and fell in love with Phoebe Halliwell. The two fought to be together, with Cole using his powers for good. Eventually, he was stripped of those powers and became complete mortal for a brief period of time before becoming the Source of All Evil, and later a mortal with a multitude of demonic powers collected from the Demonic Wasteland. Those powers and Phoebe's constant refusals to take him back corrupted him and he once again turned down the path of darkness.[1][2][3][4][5]

A half year after Cole was vanquished, the Charmed Ones fought a Manticore and discovered her half-demon baby. Manticores breed with humans to produce half-breeds. Derek, the baby's father managed to escape, and spent months trying to save his son from being brought up by evil. The baby was later returned to Derek, and set on the path of good. Piper offered to bind his powers, but Derek declined.[6]

Sirk, another half-demon, who tried to convert to his demonic side fully by killing off every last one of his human blood relatives. He managed to kill them all, except Harriet Casey, who was pregnant with his cousin, before he died.[7] 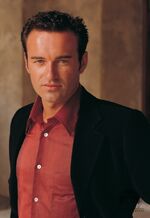 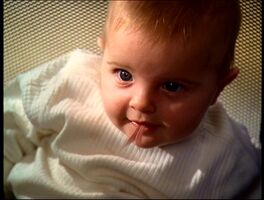 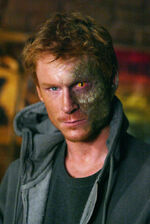