A golden belt with a green crystal

The Golden Belt of Gaea was the goddesses' gift to Hippolyta which endows the woman wearing it with transcendent powers. It cannot be used by evil, though the belt holds enormous powers that seduces the wearer before it drives her insane and eventually kills her. It is even more powerful than the Crystal of Kasimar.

The belt once belonged to Hippolyta, a Greek queen who tried to use the belt to create harmony between the sexes. It backfired and she retreated to an island of women and killed any man that entered. Eventually she was killed by Hercules. After her death, the belt found its way to other women over the course of history, who all tried to destroy the male of the species under influence of the belt.

Billie Jenkins ended up putting it on and was starting to be driven insane by it. She was then used by the demonic sorceress Zira who wanted to use her to eliminate all men, starting with her rival Tai. After Leo found a spell to free someone of the Belt in a history book at Magic School, Paige used it to free Billie. The Belt was then orbed onto Zira and since it destroys anything evil that puts it on, it exploded, destroying Zira.[1]

The Golden Belt of Gaea

To Release the Golden Belt of Gaea

For all the world to work as one,
In harmony it must be undone. 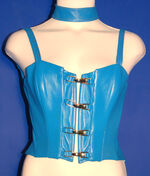 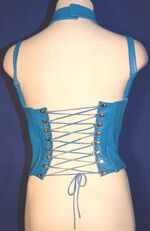 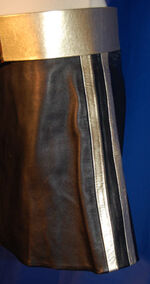