"Okay, all I'm saying is whatever caused us to forget is what's gonna happen next. We just have to relive this day and see where it leads us."
—Paige to her sisters.

Forget Me...Not is the 3rd episode of the sixth season and the 114th overall episode of Charmed.

Let the Object
of Objection
Become but
a Dream
As I cause
the Seen
To be Unseen.

Memory Spell: To Fill in the Blanks

After the sisters realized they didn't remember anything from the previous day, they thought something Evil was messing with their minds. They cast this spell to fill in the blanks, which made them relive the previous day and made them realize the Cleaners erased their memories after they took Wyatt for exposing Magic. It also negated the effect of Cleaners' manipulation of their memories.

Moments lost make witches wonder,
Warlock's plot or demon's plunder?
If this is not a prank,
Help us to fill in the blanks.

Phoebe working on the potion. 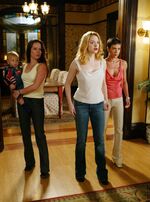 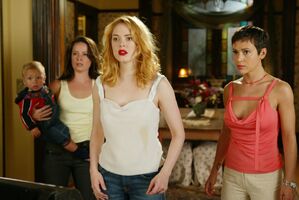 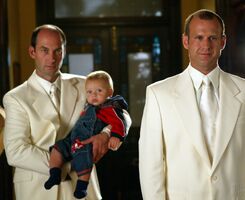 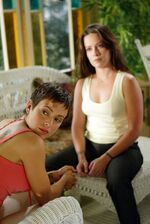 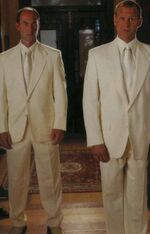 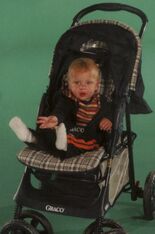 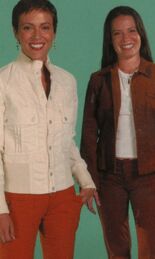 Paige: What happened to your head?
Phoebe: (showing the injury) This? I don't know, I've been so scattered lately, that I must of bumped it or something. Now, is either one of you feeling strong emotions? Anger? Sadness?

Paige: Okay, if you're sensing any fear, that would be mine. I think we should go.
Piper: Wait.
Paige: Wait for what?
Piper: Wyatt.