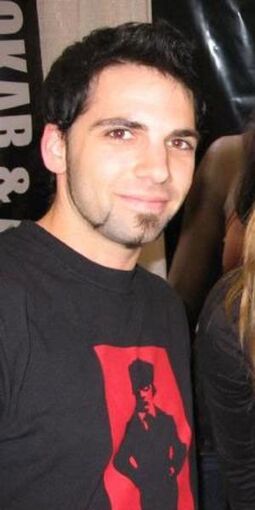 David Seidman is an American illustrator and has been the contributing cover artist for the Charmed Comics series.

He has been professionally illustrating for clients such as Zenescope Entertainment, New Line Cinema, Twentieth Century Fox and Wizards of the Coast since graduating in 2001 from University of the Arts in Philadelphia, Pennsylvania.

David has illustrated the main covers for the entire first and second Volumes of the Charmed Comics; these are:

The Sourcebook
Charmed Lives
No Rest for the Wicca
Innocents Lost
Mortal Enemies
Unnatural Resources
Morality Bites Back
The Heir Up There
Oh, Henry
The All or Nothing
Three Little Wiccans
Last Witch Effort
The Charmed Offensive

Retrieved from "https://charmed.fandom.com/wiki/David_Seidman?oldid=278167"
Community content is available under CC-BY-SA unless otherwise noted.