Déjà Vu All Over Again

4398021
Déjà Vu All Over Again is the Season 1 finale and the 22nd overall episode of Charmed.

Fighting for their lives, the Charmed Ones combat time sorcerer Tempus who has created a terrifying time loop. It is a race against the clock as the sisters try to find a way out of their terrifying recurring deaths.

Manipulator of time
Serving only his will always,
always for evil's gain.
Remove him, remove him,
from the time he's in.

Winds of time, gather round,
Give me wings to speed my way.
Rush me on my journey forward,
Let tomorrow be today.

(which are the first 4 screencaps before Phoebe's clip) 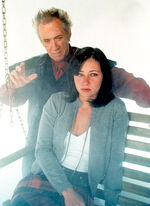 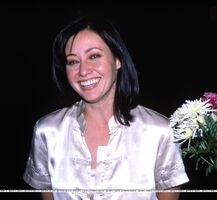 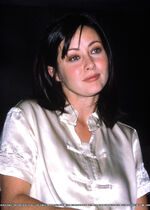 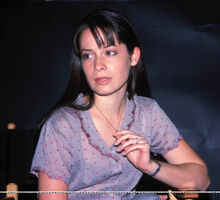 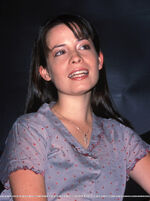 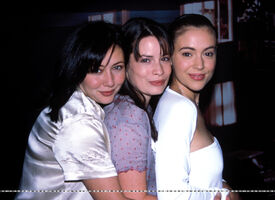 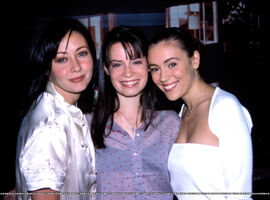 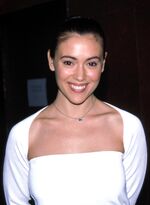 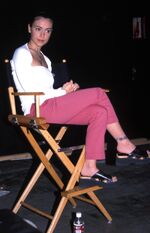 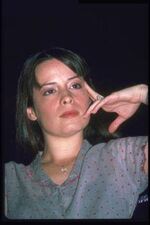 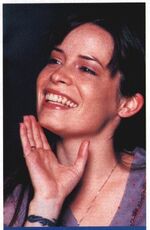 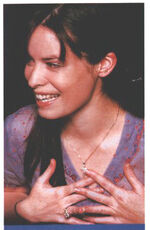 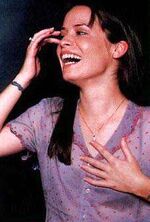 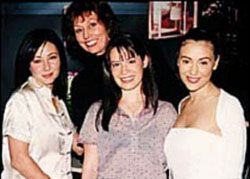 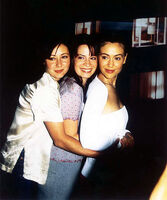 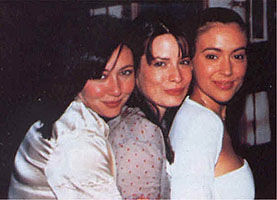 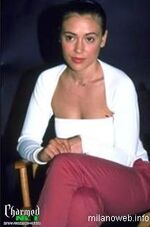 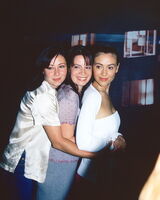 Prue: You'll be where in an hour?
Phoebe: Ah, Quake. Piper's doing that thing for the food network and she needs me to bring her another dress because she spilt marinara sauce over the one she's wearing.
Prue: Just stay out of my closet.
Phoebe: Oh, don't worry, I don't think she'd want to ruin another one of yours.
Prue: (Reading the paper) I don't believe this.
Phoebe: I'm kidding. Don't have an aneurysm.
Prue: No, I'm talking about the paper.

(Andy and Prue are at the park)
Andy: Has Phoebe ever been wrong about her premonitions before?
Prue: No. But the good news is every other time we've been able to affect the outcome. Stop the demon or warlock before...
Andy: Before I get killed. Can I get that in writing?

Prue: All right, let's go over the plan again.
Phoebe: Yeah, let's, because I wanna know why I'm the one answering the door.
Prue: 'Cause you're the one who knows martial arts, all right, that way if Rodriguez shows up and tries something right off the bat, you can knock him down.
Piper: And then I can come in from the living room and freeze him.
Prue: And then I can come down the stairs and send him flying.
Phoebe: I still feel like cannon fodder. (The doorbell rings.)
Prue: What time is it?
Piper: Just before six. (He rings the doorbell a couple more times.) That's a little too anxious, that's not a good sign.
Phoebe: Which means if he doesn't want to kill Prue, he wants to date her.

(Rodriguez shoots the coo-coo clock out of frustration of failing to kill all three Charmed Ones for a second time)
Tempus: You really shouldn't have done that. You shouldn't do anything differently if you expect to succeed tonight.

Retrieved from "https://charmed.fandom.com/wiki/Déjà_Vu_All_Over_Again?oldid=440251"
Community content is available under CC-BY-SA unless otherwise noted.