4301079
Charmed and Dangerous is the 13th episode of the fourth season and the 79th overall episode of Charmed.

The Source taps into the ultimate power of The Hollow, which consumes all magical powers, to unleash an ancient evil that goes after the sisters' powers.

Ancient beyond measure,
The Hollow is the most powerful and unstable force known
to magic. For an eternity, both good and evil have guarded
the release of The Hollow's un-stoppable, all-consuming hunger
for power.
Summoning Spell:
Ultirusque A Profogus
Addo Is Hic, Addo Is Iam.
Nos Dico Super In Concessus Vox
Bonus Quod Malum.

Guardians of the Hollow

Thirty five hundred years ago,
The Hollow was unleashed on the world.
The Hollow is a force that has the power
to consume all magical powers, good or
evil and is impossible to destroy.
While roaming the earth The Hollow
nearly decimated all magic. Good and
Evil had to join forces and combine
their strongest magic to contain it.
It was placed in an ancient crypt and
is guarded by a representative from
both sides, an Angel and a Devil, for all
eternity.

To Call a Witch's Power

To Contain The Hollow

This spell requires a force of Good and Evil to cast this spell in order to work. 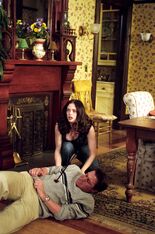 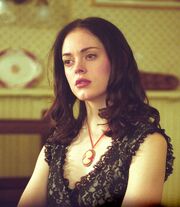 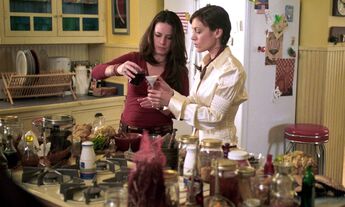 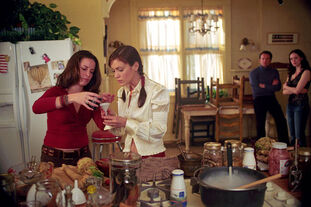 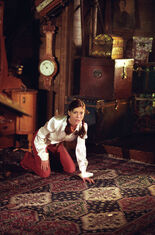 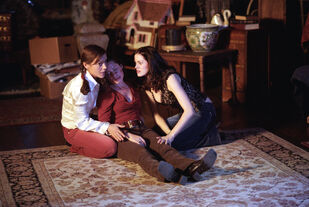 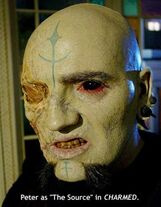 The Source: What did you see?
The Seer: I saw... your demise.

Cole: (referring to the demon in Phoebe's premonition) What'd he look like?
Phoebe: Creepy half-face, and his good side has tribal markings, a little bit like...
Cole: Belthazor.
Phoebe: A little bit. Do you know who he is? Does he work for the Source?
Cole: He doesn't work for the Source, Phoebe—he is the Source.

Leo: The Source unleashed the Hollow.
Piper: Already on that train, honey. It took my powers. Anything else?

Paige: Oh, my God!
The Source: Not quite.