4301074
Black as Cole is the 8th episode of the fourth season and the 74th overall episode of Charmed.

Phoebe encounters Cole's demonic past when the sisters help a widow seek vengeance on a demon that killed her fiancé.

Lower-level demon, feeds on the remains
of other demons' victims. This
demon is usually black and
covered in a green
ectoplasm. It has the
power to shoot a
string of ectoplasm out
of the palm of its hand, similar
to a spider's web. With this, it can
hide in high places and easily
capture its prey. 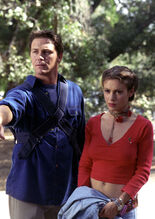 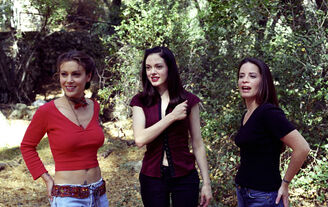 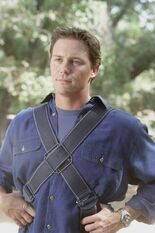 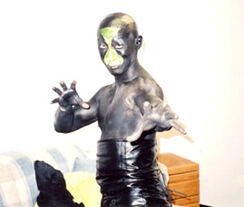 Paige: You were a demon and a lawyer? Insert joke here.
Piper: I don't think a witch is allowed to marry a demon (nervous laugh) honey, we can't have a demon in the family.
Paige: A demon who likes to kill witches? Well, that narrows it down to about every page in the book.

Cole: Marry me.
Phoebe: What?

Phoebe: (to Cole): Well, just because you're not a demon any more doesn't mean we can't live in sin.