4399041
Astral Monkey is the 20th episode of the second season and the 42nd overall episode of Charmed.

A doctor accidentally acquires the powers of all three Halliwell sisters during a blood transfusion and begins using them to harvest organs from innocent victims. 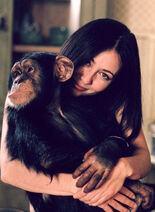 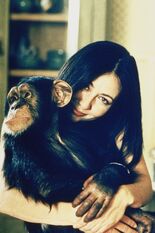 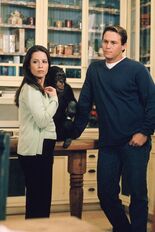 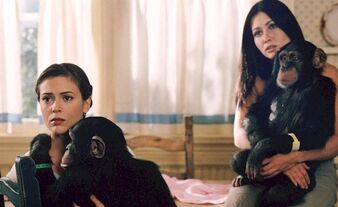 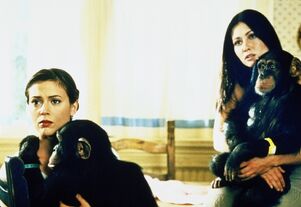 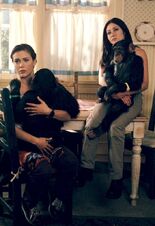 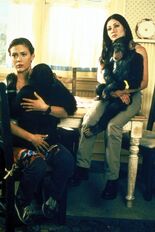 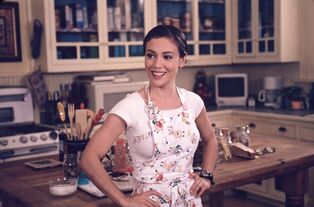 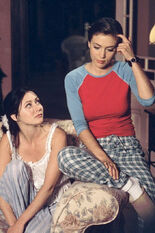 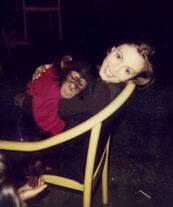 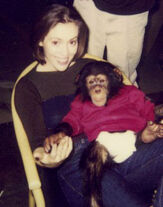 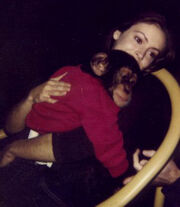 Piper: I got another letter from Dr. Williamson.
Phoebe: Williamson? Isn't he the specialist that treated you for Oroya fever?
Piper: That would be him.
(Phoebe opens the pantry.)
Phoebe: Oh that was months ago. What does he want?
Piper: He wants me to come in for blood work so he can make sure I'm cured.
Phoebe: An angel brought you back to life. Trust me, you're cured.

(Phoebe's kneeling down with her head in the closet throwing clothes out on the floor. Leo orbs in and kneels down really close to Phoebe.)
Leo: (thinking it's Piper) Ever done it on a cloud?
Phoebe: I don't know, does a feather bed count?
(Leo quickly stands up.)
Leo: Uh, Phoebe. I thought you were Piper.

Prue: Yeah. Exactly like this. Wait, is this the same Dr. Williamson?
Piper: Yeah, he's been sending me requests for weeks and he called this morning and said he wanted to see me.
Prue: What?
Phoebe: Wait, you didn't tell me he called you.
Piper: Well, there was nothing to say. I hung up on him. Do you think he found out about our powers?
Prue: B.o.S.
Phoebe: B.o.S.? Oh, Book Of Shadows! Book of Shadows!

Piper: Okay, then, so what are you suggesting? (Prue and Phoebe look at each other.) You guys wanna vanquish him? You can't be serious, he's, he's not a demon, he's a human being.
Prue: Not anymore.
Piper: But, okay, we can't use our powers to punish anyway you know that.
Prue: Piper, we're not punishing, alright, we're saving lives. All you have to do is freeze him.
Piper: And then what? You're gonna move him in the path of an oncoming bus, drop a building on him, kill him? (Leo walks in.) Leo, tell me you found something, anything.
Leo: Sorry. I don't think there's any way out of this one.
Piper: I don't believe this.

Retrieved from "https://charmed.fandom.com/wiki/Astral_Monkey?oldid=441212"
Community content is available under CC-BY-SA unless otherwise noted.